You are here: Home » BlacKkKlansman’s now has a poster

The first poster the the amazing story of a black police officer who becomes a member of the Klu Klux Klan.

It’s a simple poster but it shows you every thing you need to know about the film.  Form the klan hood via the afro comb & black power hand gesture down to the police badge hanging around officer Stallworth’s neck.

It does seem to fit the idea of the film.  Turning it into more of a comedy.  Then again if you read more about the case, the more you feel that it’s not that far from the truth.  The real Ron Stallworth doesn’t feel any sympathy to the people he has referred to as “assholes” 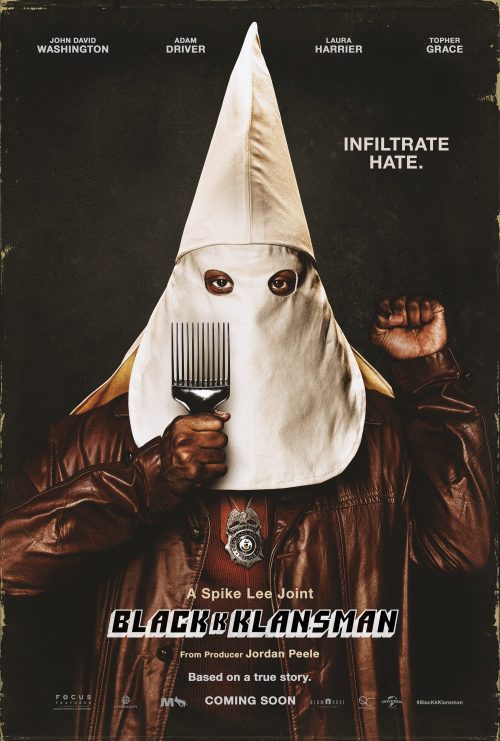 The Hate U Give has a poster

The Klan is Black

Being black doesn’t stop you from joining the KKK