You are here: Home » Ensoft boosts learning opportunities at The National Museum of Computing

Ensoft, software developer for the Internet and large networks, has made its second major donation to The National Museum of Computing to assist the Museum’s work in inspiring young people to take up careers in computing. 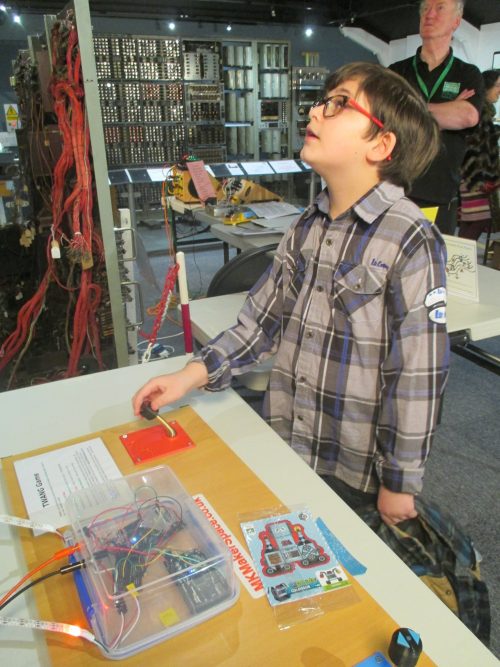 Simon Chatterjee, Director & CTO of Ensoft, said “Three years ago we made our first donation to The National Museum of Computing and we have been very impressed at the progress that has been made. In revealing the origins of computing to young people and enabling them to experience hands-on activities with technology new and old, we believe the next generation of citizens will be more empowered to thrive in a digital future.

“Ensoft’s success has been built on our technology, our culture, and the high calibre of the graduates we have been able to recruit. The National Museum of Computing is a truly unique place for our staff to learn about their computing heritage and provides a stimulating seed bed for the young talent that will become tomorrow’s workforce.”

With the new Ensoft funding of £35,000, the museum will be developing its STEM-focused Bytes festivals that run during the school holidays, integrating the Bombe into the museum’s highly popular Learning Programme and enhancing its marketing to young people.

Welcoming the second Ensoft donation, Andrew Herbert, chair of trustees at The National Museum of Computing on Bletchley Park, said, “Ensoft’s engagement with the museum is exemplary. The company fully appreciates the benefits that an understanding of computing heritage can bring and the inspiration that can come from learning how individuals and teams have overcome apparently insurmountable barriers to achieve their visions in creating our digital world.”

Ensoft is a small UK company that writes software that connects with world. Its 70 engineers specialise in developing all aspects of networking software. Ensoft-developed technology is a critical part of many of the largest routers that make up the Internet. See ensoft.co.uk

The National Museum of Computing, TNMoC